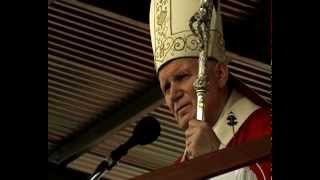 Pope John Paul II after consultation with the congregations for causes of saint, by his apostolic authority, declared that the venerable servant of God Peter ToRot shall be proclaimed as Blessed that his feast, shall be celebrated every year, on the 7th day of July. Blessed Peter ToRot is an outstanding example of family man a church leader the person who is prepared to lay down his life for God and neighbour.

On the Feastday of Blessed Peter ToRot: Catechist and Martyr -first PNG Melanesian and first indigenous of Oceania to be recognized by the Universal Church as BLESSED means a lot for the laity in PNGSI. He represents the Acts of the Apostles early Christian Community thus fulfills and concerns all the issues and aspects of life from family to parenting, children their formation and upbringing, catechetical instructions and human characters and qualities, youth with freshness of life and idealism, young career and professionalism as teacher catechist, ongoing formation and collaboration with authority, bonding between formal education and cultural values, husband and father, leader and mentor, conviction and determination, grounded in the Word of Scripture and meeting of the Word made flesh in the Person of Jesus, protector of values and beauty of family life and sacrament of marriage, prisoner for he sake of Christ and interpreter between the local language and the imperial codes and signs, a Martyr and steadfast witness of the truth. A model and prototype Christian Leader important for modern times. Blessed Peter ToRot -Catechist and Martyr pray for us and strengthen our faith in the Blessed Trinity the source of all families and communities. Happy and blessed Feastday to us all.

Msgr. John Ribat, M.S.C., Archbishop of Port Moresby, Papua New Guinea was born in 1957 in Volavolo, archdiocese of Rabaul. After attending elementary school in Naveo and Volavolo, he attended the Malabunga Government High School in Rabaul. He completed high school at the St. Peter Chanel High School of Ulapia and entered the Missionaries of the Sacred Heart, where he made his first profession on February 2, 1979. He studied philosophy and theology at the Holy Spirit Seminary of Bomana, and was ordained a priest in 1985.

From ordination until 1991 he exercised his pastoral ministry in various parishes of the diocese of Bereina; he then followed a training course at SAIDI centre in Manila, and was Master of Novices from 1992 to 1996. In 1997 he served as parish priest and from 1998 to 2000 was Master of Novices in Suva, Fiji Islands.

In 2000 he was elected to the titular see of Macriana minor and appointed auxiliary bishop in the diocese of Bereina, Papua New Guinea. He received episcopal ordination in 2001.

In 2002, he was appointed bishop of Bereina. In 2007, Pope Benedict XVI appointed him as coadjutor archbishop of Port Moresby and in 2008 he became archbishop of the metropolitan see.

He served as president of the Episcopal Conference of Papua New Guinea and Solomon Islands from 2011 to 2014. Since 2014 he has held the role of Chairman of the Federation of Catholic Bishops Conferences of Oceania (FCBCO).

The Voice of Peter ToRot Association of Papua New Guinea
is dedicated to Blessed Peter ToRot and design:
To promote spiritual and moral values Blessed Peter Torot lived and died for.
To promote the cause for the canonization of Blessed Peter Torot.
To provide resources and the opportunity for on-going spiritual, personal renewal
and formation for lay people.
To ensure that materials of historical significance that have been documented
are preserved in the Archives.
To create awareness about the potential of an electronic and print media as
a valuable tool for religious, cultural and social development of the country.
To provide venue and opportunities for the following activities:
- a venue for religious/spiritual conferences,
- accessibility for research and formation,
- production of TV/radio/internet documentaries,
- enhance better collaboration of lay and religious
- enhance greater ecumenical cooperation.

Bishop John Bosco Auram newly Consecrated and ìnstalled as 3rd Bishop of the Catholic Diocese of Kimbe; we your Brothers and Colleagues, labouring in the Lord's vineyard, brothers and sisters your fellow pilgrims journeying together towards the Father's House, assure you of our prayers and kind thoughts as you begin your Episcopal Ministry as Chief Shepherd in Servanthood Leadership to your people in the boundaries of the Diocese of Kimbe and West New Britain Province. May the Lord bless you in abundance and be with you always in your spiritual and pratical endeavours.

God chose you to serve his people as a catechist.

You took delight in your work and performed it loyally.

You strengthen your people’s faith and did not abandon them in time of intense suffering.

We rejoice that God has chosen to favor you as the first martyr of Papua New Guinea.

We pray that through your intercession we may persevere in time of trial and courageously profess our faith. Amen.